Ben is developing a method to purify exosomes that is both scalable and economically viable, so that they can be used therapeutically. Purification of these biomolecules is essential for the development of regenerative treatment, which could potentially be used to tackle cancer and act as delivery vehicles for therapeutic molecules.

Exosomes are nano-sized packages of genetic information and protein that are produced by cells. By trafficking this cargo from the producing cell to target cells in the surrounding area, exosomes act as messengers carrying instructions. These biomolecules play a vital role in mediating fundamental cellular and biological functions in the human body, which has led to significant interest into their potential as novel medicines.

The project aims to overcome the difficulties in exosome purification, by developing new manufacturing processes and novel technology to recover exosomes from cell cultures more accurately than currently possible and to purify the extract to the levels required for clinical testing. This research will have direct impact on multiple exosome therapeutics currently under development at ReNeuron, which could be some of the first exosome products that reach the market.

Ben joined the Department of Biochemical Engineering at UCL in 2016 in order to better understand the pathway from scientific discovery to clinical product. He chose to undertake an EngD in exosome research, in collaboration with ReNeuron and Aston University, because he believes the field will be a major driver in the evolution of modern medicine in the future.

Ben’s career aspirations after his doctoral studies lie in industry. He has passion for regenerative medicines and the role they play in future healthcare. Ben also has a keen interest in entrepreneurship and would like to use the support of the Royal Commission for the Exhibition of 1851 to further his professional development in this area. 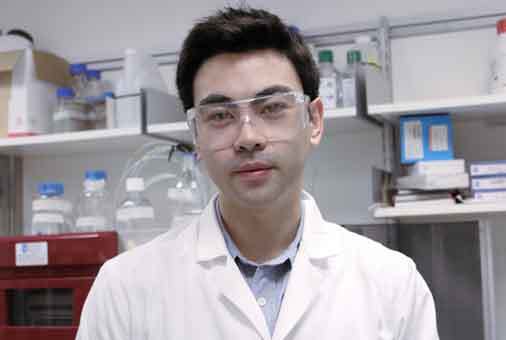